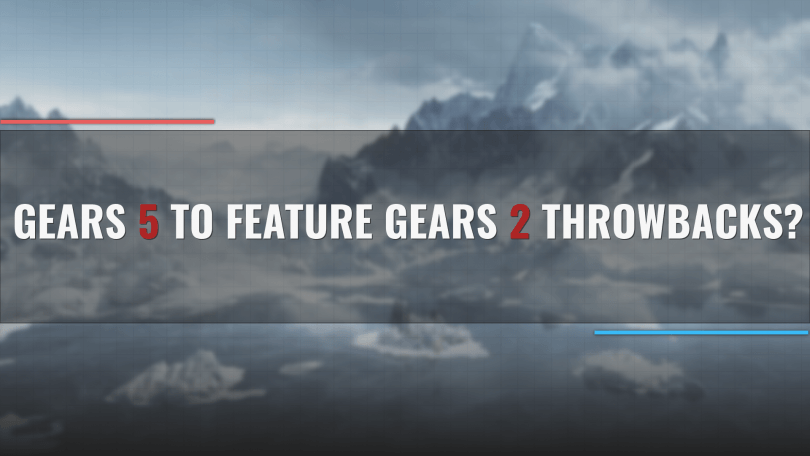 E3 2018 was a great day for Gears fans worldwide as not only 3 Gears Games was announced, we had our first glimpse of Gears 5. A glimpse that opens up many speculations and theories as to where the story will be heading. While we are unlikely to hear more about the latest sequel in the Gears of War franchise, in the mean time we can only speculate.

For me, one thing comes to mind is whether the next installment in the franchise will address some unanswered questions left open by the older games. However, the first Gears 5 trailer does give some indication that Gears 2 in particular will be acknowledged in some way.  It is my view that Gears 2 will have somewhat of a large role in Gears 5 story since fans have been long asking for a Gears 2: Ultimate Edition following the remaster of  the original Gears of War. Perhaps, The Coalition will use the latest sequel as an opportunity to give nostalgia to fans through providing Gears 2 throwbacks whilst delivering a new experience and progressing the story forward.  If that’s the case, I can see this justifying no Gears 2 remake as I would rather see a good quality story that brings nostalgia than re-living the same story again but with updated graphics. There has to come a point that The Coalition has to leave the shadow of what Epic Games started and do their own thing.

With that said, lets jump into clues that indicates that Gears 5 will take us back to memory lane:

The start of the Gears 5 trailer starts with a whopper as the trailer shows JD, Kait, Del and Faz at an outsider village settled from what it appears to be the corpse of the Riftworm. As fans can remember, the Riftworm met with an untimely demise as Delta Squad stopped The Locust God in its tracks to prevent further cities being sunked. Now, by Gears 5 it would seem the corpse is now the home of Outsiders. 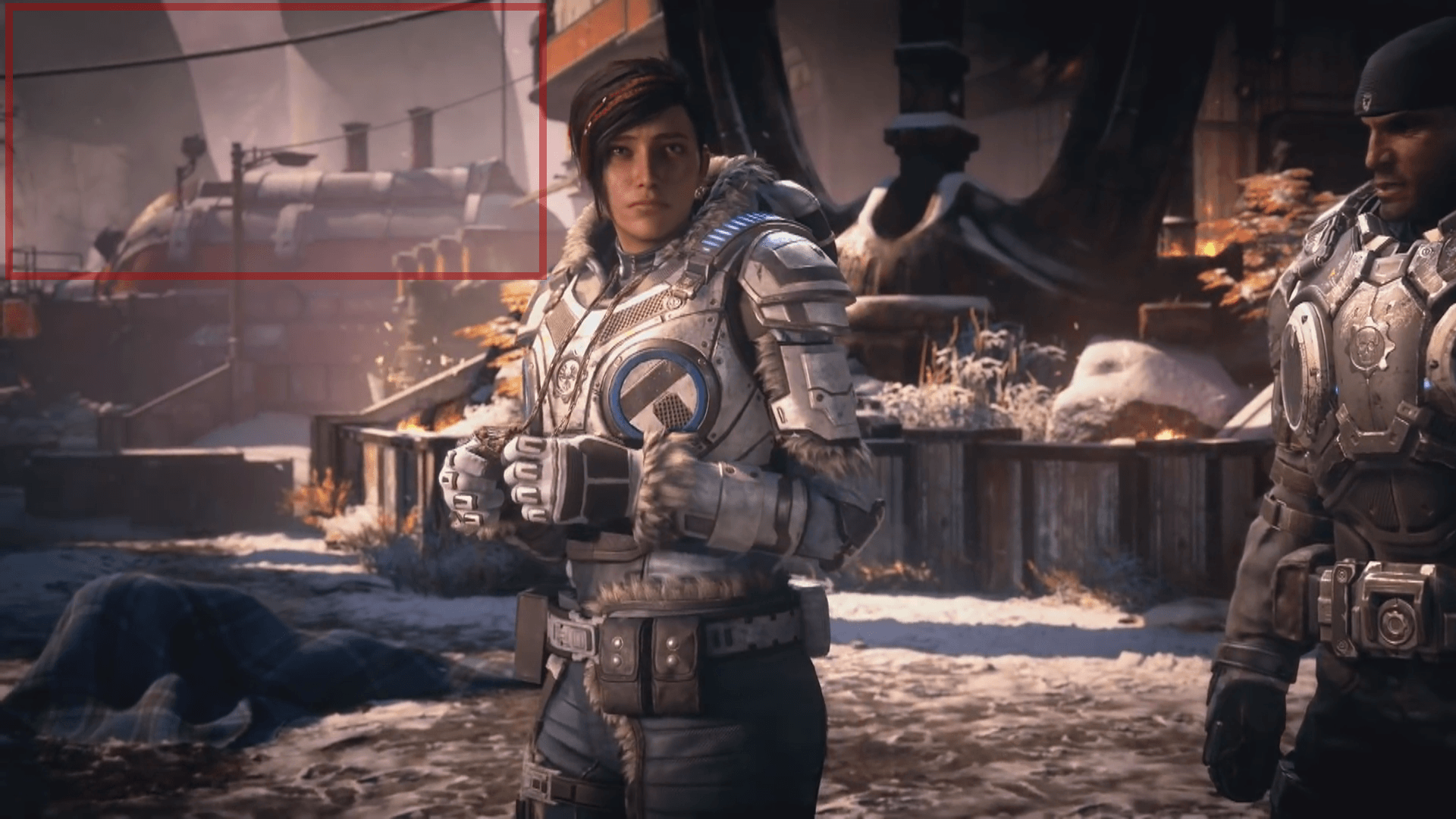 As you can see from the screenshot above, the background shows  a large curved bone-like object in the distance which indicates it’s a corpse of a large creature.  However in the second screenshot, we get a better look at this object from a different perspective which reveals the object to form a ribcage. Judging by the large nature of the bones, it is pretty evident that the ribcage belongs to the deceased Riftworm since as far as we know there is nothing on Sera that is larger than a giant worm.. well as far as we know that is. 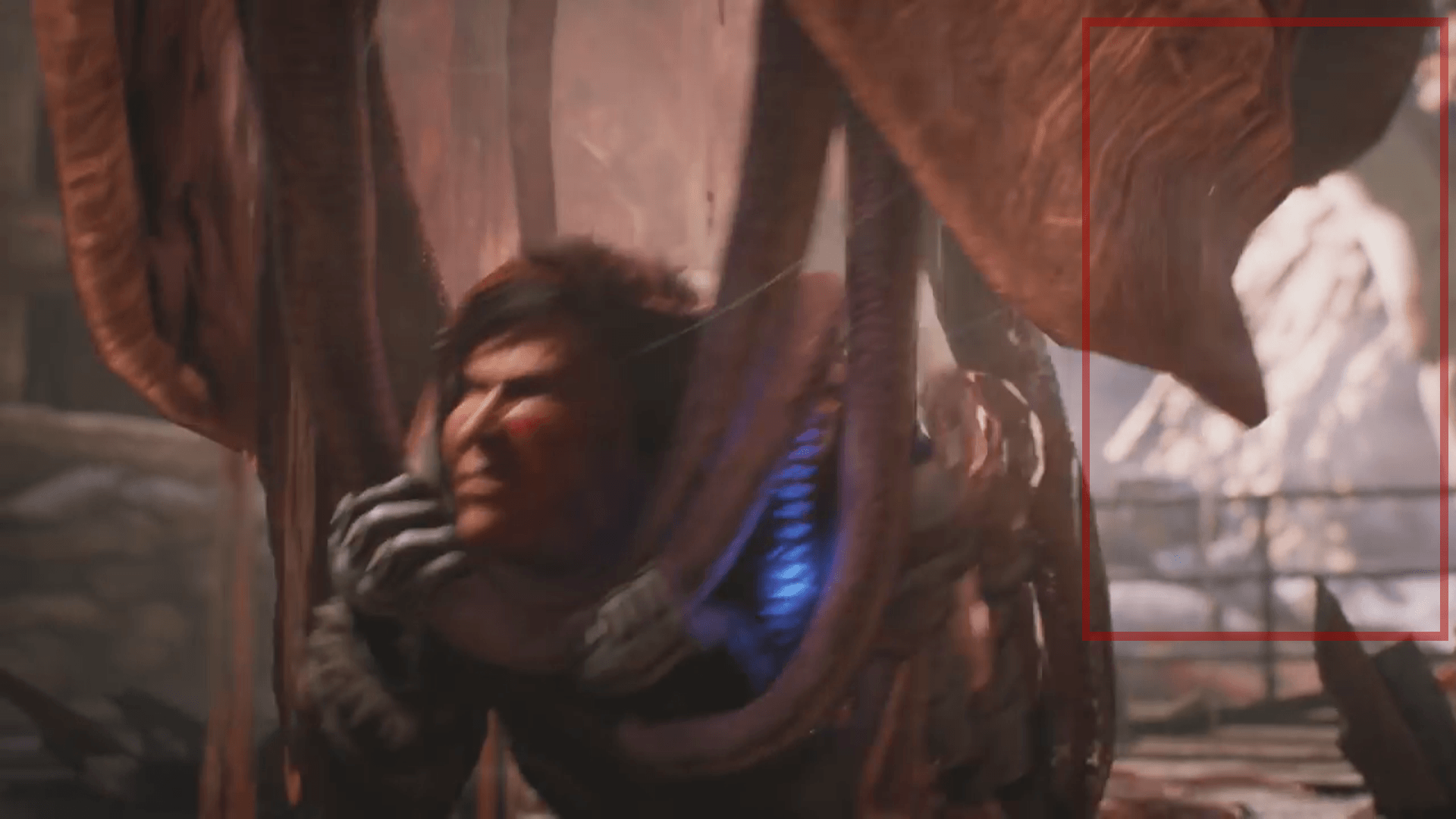 If that’s not enough proof, further evidence could be implied by comparing dialogue and location in Gears 2 and 5. In 5, Marcus states to Kait “there’s a place up north” (hinting another Gears 2 throwback – New Hope Research Facility – ). while in Gears 2, Hoffman informed Delta squad following their recent bloody escape from the deceased Riftworm; that there is an abandoned COG outpost near their location. With this in mind, it’s probable the location of the village is set in the remnants of the Riftworm, given the fact Marcus is already familiar with the surrounding area and knows there is a COG facility nearby from experience. 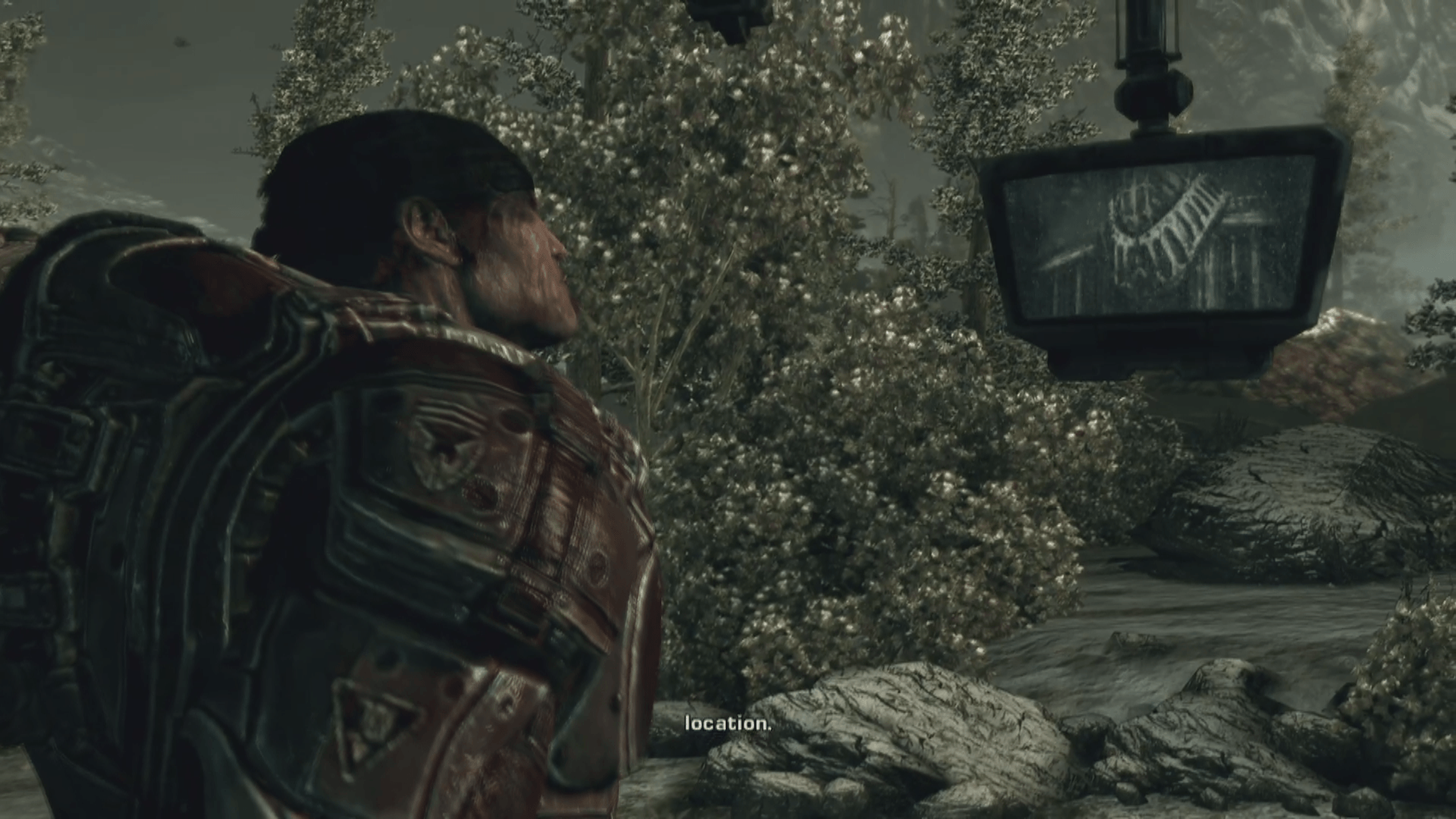 I believe this is going to be one of the first Gears 2 throwback we will encounter in the game as Gears 4 demonstrated that outsiders appears build villages far away from anything related to the COG.  Furthermore, If you compare the village environment from the trailer and the screenshot below, you can likely tell its the same area that we have encountered before judging by the shrubs and boulders in the environment. 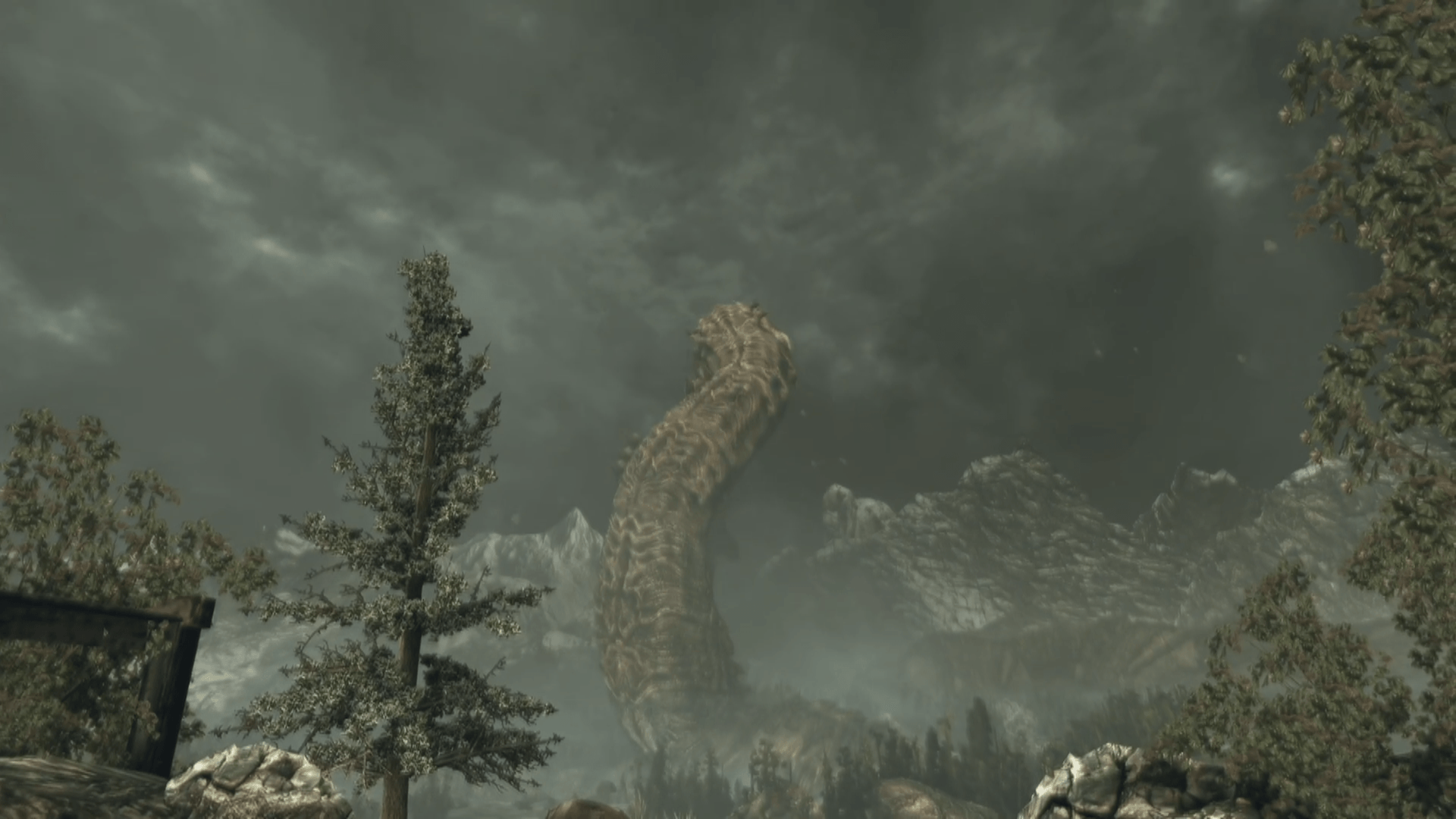 This is one of the most obvious  Gears 2 throwbacks in the trailer as we find Gears two new heroes exploring a place in Gears Past, the new Hope Research Facility. Does the facility sound familar? It should be as Delta Squad was tasked to find intel on the Locust Stronghold and Queen from the COG’s  former outpost back in Gears  2. Perhaps, by revisiting the facility, this may tie up some loose ends from past games, discovering more about the Locust Origins as well as progressing the storyline of the latest title. 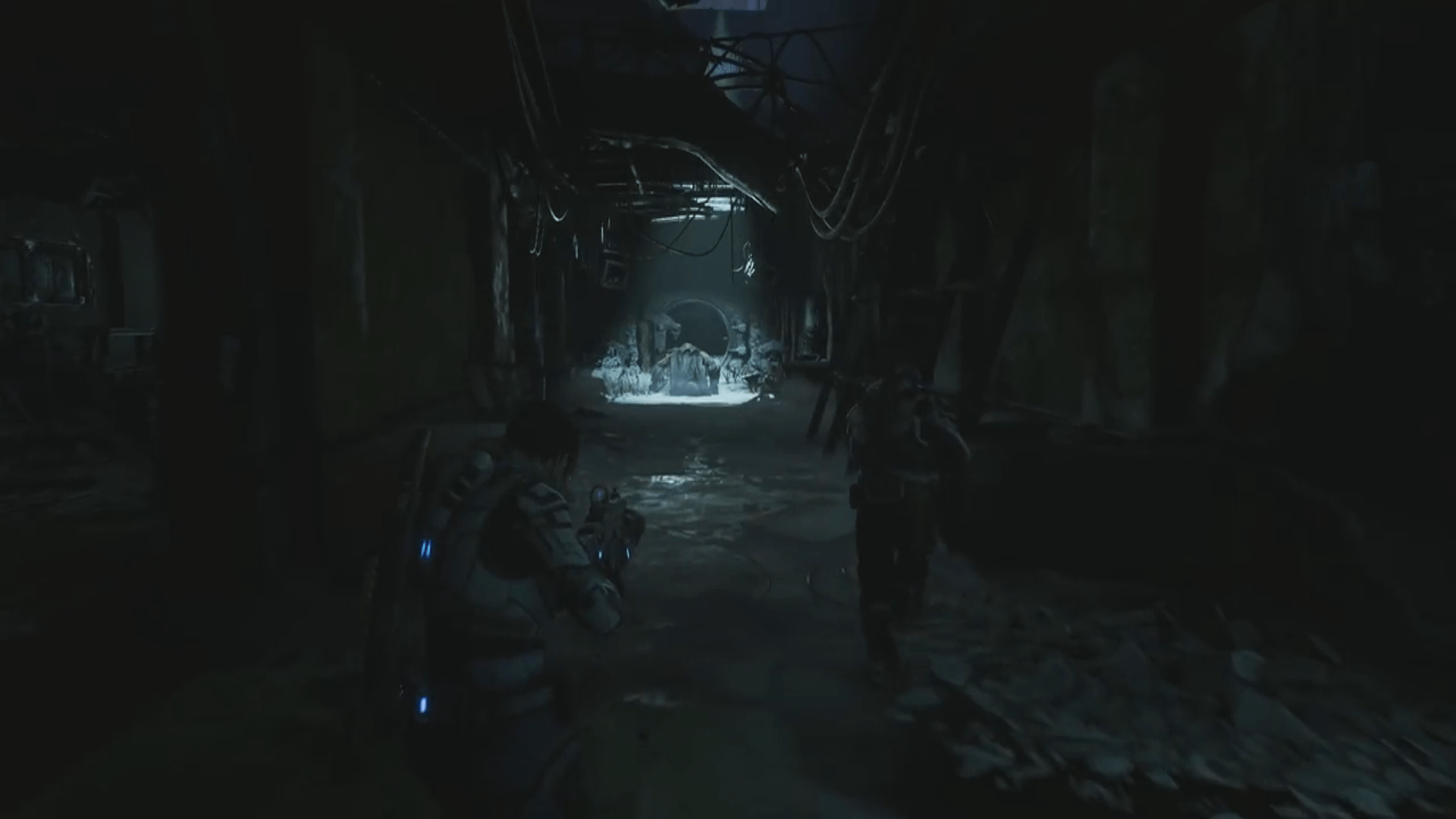 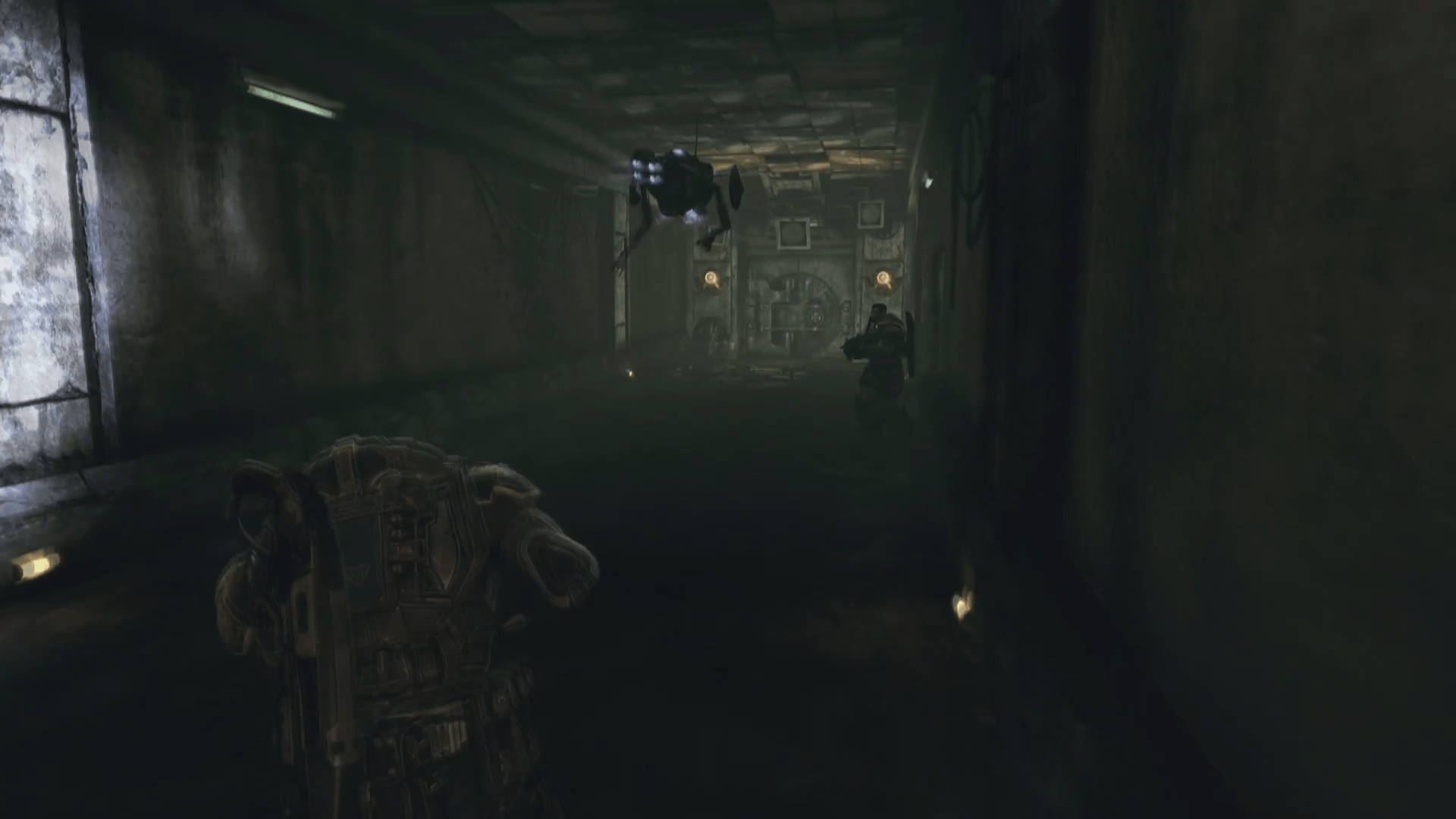 Though I can’t help but think about Some things that got me curious from Gears 2, such as what happened to the awakened Sires, following Marcus and Dom’s close escape? Did they escape the facility? Was they effected by the lambent countermeasure weapon? What was the locust doing at the facility, surely they weren’t there by chance.

As Kait traverses through the world of Gears in order to discover her family’s legacy, the trailer teases a possible revisit to Mount Kadar as the cinematic shows Kait drifting on a skiff across a water filled environment, heading towards “the place where it all began“.  The screenshot below does have some resemblance (well in my view) to the area leading to Mount Kadar back in Gears 2 and 25 years later the area has had a dramatic transformation.

However what brings them to Mount Kadar (if at all) is too early to be certain but even if they’re not heading to the Locust City deep within Mount Kadar, this is a great way to pay homage to Gears 2. 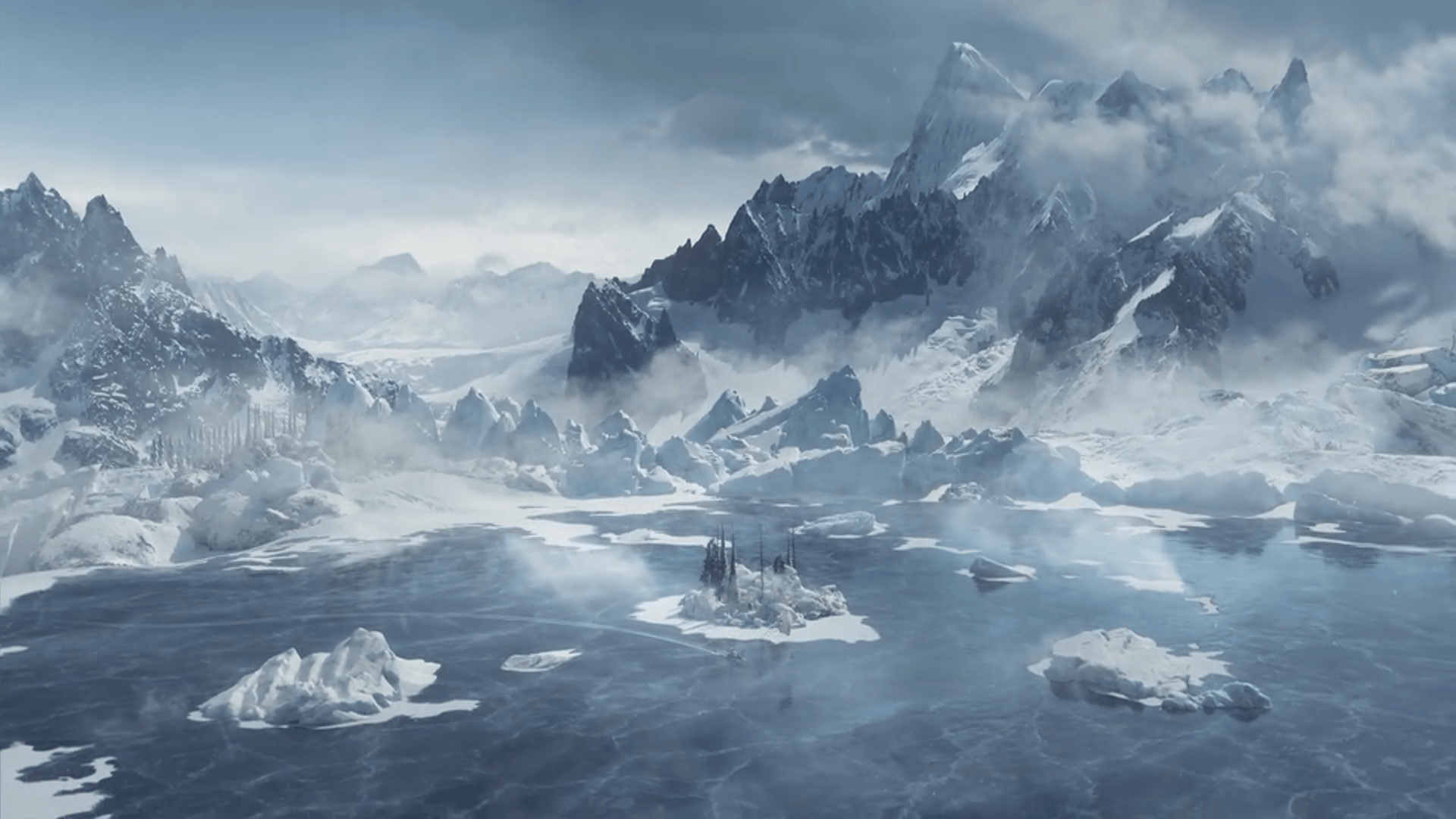 While this article concerns more of Gears 2 throwbacks, its fair to highlight other throwbacks spotted in the trailer. For example, Delta Squad’s ever faithful, iconic, door ripping bot is back. That’s right, Jack returns in Gears 5 and with a new Deebee themed paint job. Lets just hope the swarm doesn’t infect our little friend during the story seeing as COG’s reliance on Deebees appears heading to be their downfall. 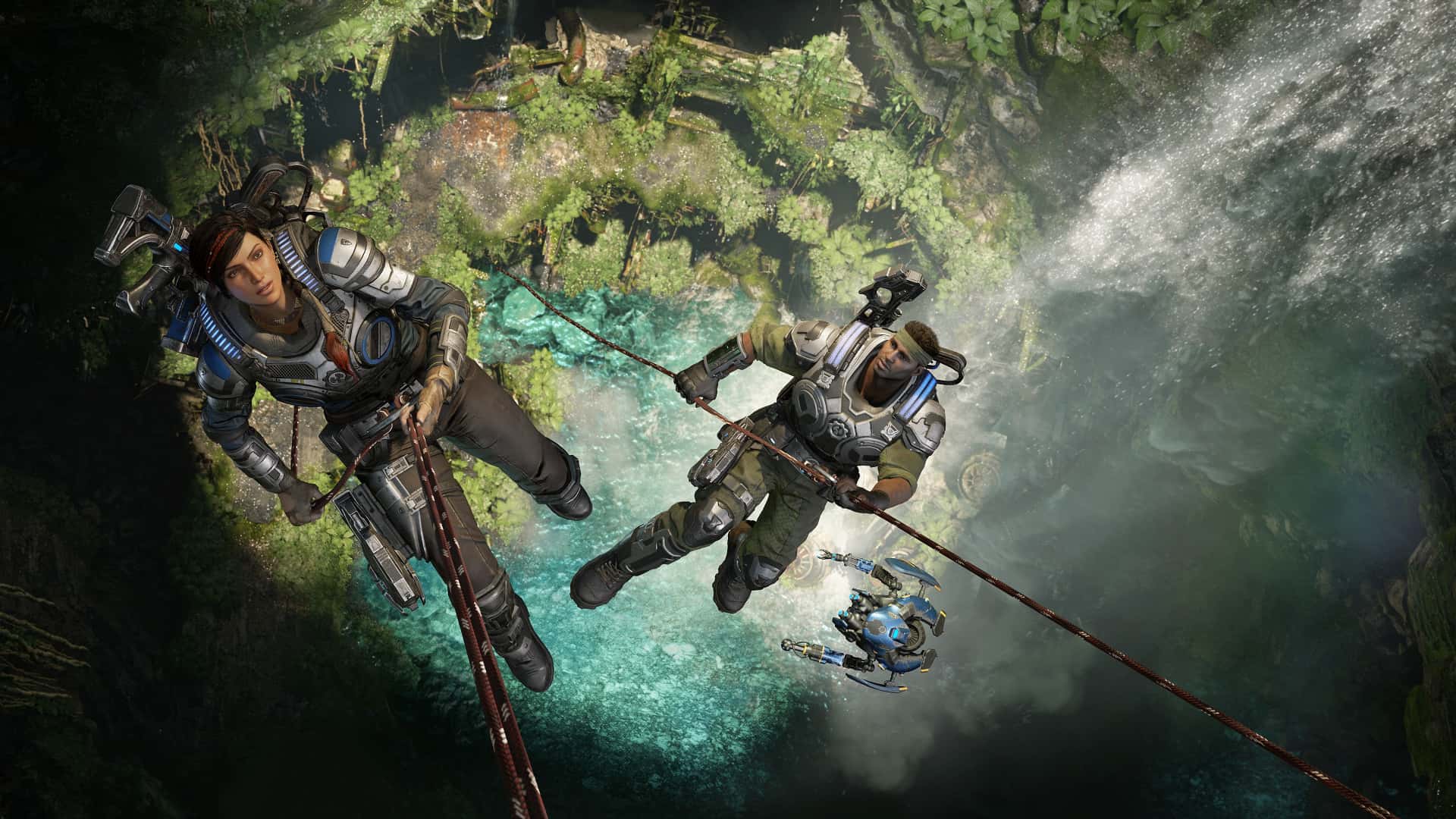 This screenshot got me thinking, whether Del and Kait actually returning to Jacinto? Or perhaps just visiting an area long since abandoned from the pendulum wars era. (I’m likely just reading way too much into it to be honest).

Well that’s what I can spot from the trailer so far, all we got to do now is wait for more juicy details on Gears 5. In the mean time, below are some thoughts from the community pertaining the subject.

Gears 2 campaign is IMO the most iconic and the set pieces are a huge part of that so I’m hoping that we visit a couple of familiar locations in Gears 5. New Hope seems clearly to be one. I know the hollow is flooded but I would hope there are dry spots that we could also revisit – DLCarr

Quite possibly quite possibly but I think gears 3 will be more of the flash back seeing the relationship with fenix and myraah and the final fight between them at the lab island.. could come up in flashback of marcus. Who knows who knows!! – Ess Beanzy

Apparently yes. For example that mountain peak will be explored again – LightNebula